Innovation to Sense and React to the New Normal

Opsis uses the Circumplex Model of Affect to study valence and arousal ratings of emotions on the faces and auditory perception of people. Our findings showed that valence and arousal are useful in tracking treatment responses and promoting healthy behaviours and managing stress. We detect inner perception on an individual or group to assist in assessment, treatment, experience, learning or crowd behavior.

Real-life is not like a movie – people rarely show very expressive faces. Most of the time people are neutral, exhibiting very subtle expressions. 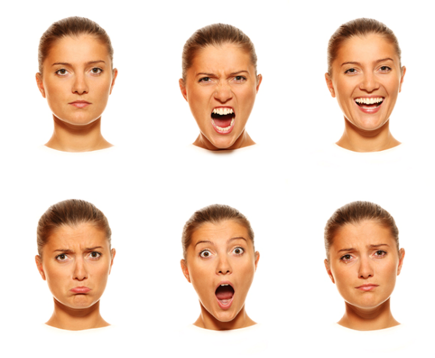 Opsis uses the Circumplex Model of Affect to study Valence and Arousal ratings for emotion analysis from facial expressions and voice.

The model holds that all emotions can be described as a linear combination of two underlying neurophysiological systems (Arousal and Valence), with all emotions shading imperceptibly from one into another along the contour of the two-dimensional circumplex.

The technology addresses major issues in the current emotion recognition. We do not use prototypical models, but rather, a psychologically-plausible dimensional analysis across the Arousal and Valence attributes:
• Arousal is an attribute that describes how energetic or not an emotion/expression is
• Valence on the other hand describes the how positive or negative an emotion/expression is
• A wide range of different facial expressions and voice can be represented with different Arousal/Valence values

Circumplex model can meaningfully describe in terms of a circular array of variables and the correlation structure of several psychological constructs. The model has gained increasing acknowledgment and popularity of use in psychology methodologies and data-analytics.

It is far superior than 7 basic labelling which lacks contextualisation as it is a biased selection of attributes with stereotypes and prejudices ingrained using pictures or videos for training.

Provides powerful metrics for emotion analytics. We enable instantaneous measurements of spontaneous reactions from individuals. Data pertaining to trends of emotional attributes over time and aggregated statistics is displayed in real-time. (Heat-maps and charts)

For groups, we provide comparative analytics to identify how different people react to different situations. On the Left is data extracted from the 2016 US presidential candidate debates.

For larger crowds, we measure and extract aggregated statistics from anyone involved. Here we gathered emotional data from 60,000 faces over a 2 week period in a subway station.

Interested in solving your problems with Opsis technology? Submit your interest below.